Welcome to the Kitchen!

It is appropriate but entirely coincidental that this post is happening on New Year’s Day. I am not a resolution maker, or a goal maker, although I often think I should be. Maybe it would help me to focus more and stay aware of my accomplishments. I frequently feel like I float through my days without much sense of what I have done; I feel it more acutely now that Lulu is in preschool five days a week and I have these huge blocks of “free” time that get wasted on Facebook and Pinterest and puttering around the apartment not knowing what to do with myself.

So, I made myself a weekly schedule, and Wednesdays are “Blog Day.” Meaning that each Wednesday you will be treated to a new musing on expat life, or parenting, or a recipe for some delectable but not-too-complicated-or-crazy dish. Because I am still, and will always be, a simple home cook using whatever ingredients I can find easily and cheaply in my neighborhood.

is the kitchen in which I cook. While it provides all my basic culinary needs,

it is no one’s idea of gourmet. It is, however, up-to-date with what Pinterest tells me is a current kitchen decorating trend: cupboards without doors. And as a bonus feature, we have the option of hot water from the sink—a luxury I have never had in the Middle East.

Without a doubt, this

is the part of the kitchen that gets the most action. I cannot even express how much I love my hot water kettle, and the nearly constant flow of tea and coffee is an important source of warmth these cold winter days.

P.S. I realize this is being posted on January 2, but I did write it on the 1st. As usual, life intervened before I could get this up 🙂 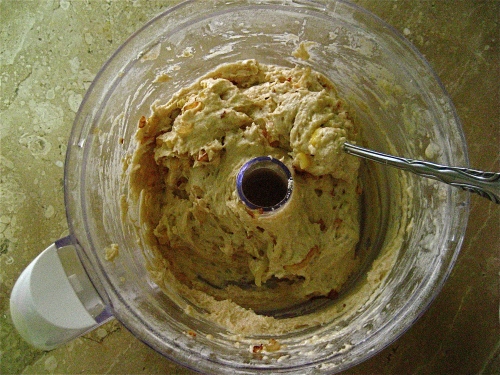 It starts off well..

I know it is fall.  The thermometer may (rightly) insist the high temperatures are still in the 90s, but something has definitely shifted.  Three indisputable proofs: 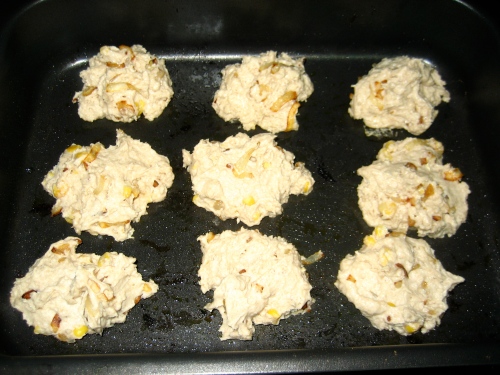 So the aforementioned Roasted Pumpkin Soup was accompanied by my traditional Baking Powder Biscuits, which is one of those things everyone should know how to make.  I attempted to jazz them up with some corn and caramelized onion, which turned out to be a good idea but was poorly executed.  The sad result?  Some serious burnage that rendered the entire batch inedible, although Hungry Husband gamely tried to rescue them with a spoonful of cinnamon syrup.  It’s not a combination I would have though of, but he’s brave that way, and even more of a stickler than I am about the evils of wasting food.  He said it was “better” with the syrup; however, in the end even he passed on seconds and they went into the trash.

Sift the dry ingredients together.  Cut in the shortening, and then add the milk slowly, stirring.  It is a sticky batter but knead it lightly, to the best of your abilities.  Drop the batter in spoonfuls on a cookie sheet and bake for 12-15 minutes in a preheated 475F oven.

TO EAT OR NOT TO EAT

The good news: with the aid of a new lighter, I have managed to get my oven lit.

The bad news: figuring it out still took me nearly five minutes of sitting in front of the open oven with the gas spilling out around me, which led to thoughts of Sylvia Plath, and when I last read any of her works.  I decided it has not been since my senior year of college (which was, shockingly, ten years ago).  However, I did see “Sylvia” the movie when it came out on video, although I do not consider Gwyneth Paltrow a particularly important actress.  She does have a lot of thoughts on food, though, and they are usually crazy in the ways that only celebrity thoughts can be.

For instance, “gp” (as she apparently prefers to be known in her GOOP newsletters) gave a detailed description of the regime she followed to get in shape for IronMan 2.  (You can read the full edition here.)  I have not seen this movie, but presumably she was really, really skinny (as compared to all her other movies where she’s only sort of skinny–snort).  Reading her newsletter, it became apparent why: she does not eat, and she exercises multiple hours a day.  Who wants to live this way?

Apparently a lot of celebrities, and people who think that celebrities should be imitated.  Fooditude has a nice little post about the rash of confessions about voluntary hunger coursing through Hollywood and her thoughts about image and health.  In contrast to American ideals of body types, Arabs traditionally favor their women with a lot of curves–and not just curves, but rolls and jiggles and chubby cheeks.  Watching the Ramadan soaps, I am hard pressed to find many women that Hollywood would cast for characters other than the fat sidekick friend to the skinny heroine.

Obviously, there are a lot of ideas out there about eating and how we should do that.  Or not.  I too have my own philosophy of eating, honed after many years of struggling with my own food demons and comparing myself to other women.  But I still get hungry sometimes…like now…which, in my Ideals of Eating (which I keep promising to write up and post), means it is time to munch.  Or chow.  Or nosh (meaning: to eat food enthusiastically or energetically).  As you like!

The guest flat we’re staying in here in Hillside has a fairly fabulous kitchen.  I’ve certainly never had a kitchen this big in my entire adult life, with a lot of natural light and pretty stone countertops and floor tiles.

I’m trying to not get too attached, though, in spite of this:

That’s right, a proper, well-functioning refrigerator that will never get frozen shut!  With a separate freezer and doors that seal all the way around!  Be still, my beating heart!

It also has the requisite multiple burner gas stove.  Of course, we are still in the Middle East and so there’s bound to be a few quirks…in this case, that I can’t figure out how to get the oven lit.  I can hear and smell the gas and think I know where it’s coming from, but I’ve clicked the lighter all around inside the oven and cannot get a lit flame to save my life—or to roast my vegetables, for that matter. 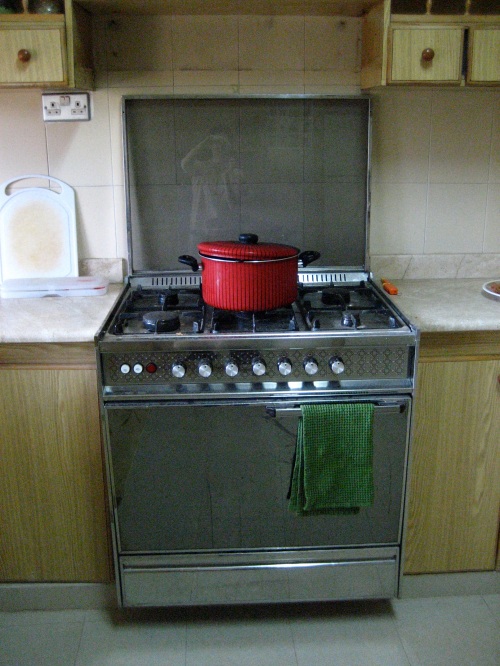 Probably the closest you will ever get to seeing me on this blog.

Still, there’s plenty of counter space, cupboards galore, and (for a transitional place) a workable number of accoutrements, including plates worthy of a home at The Greatest Chinese Buffet Ever.  Which, apparently, is so great that it doesn’t even need to have its own webpage.